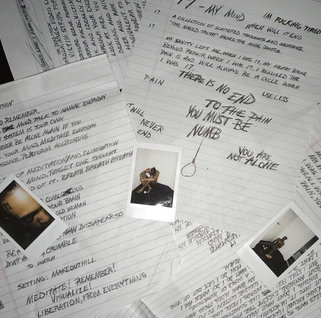 XXXTENTACION drops another hit song titled “Fuck Love“, featuring Trippie Redd. It features Canton, Ohio raised hip-hop artist, Trippie Redd, who has recently been gaining publicity from tracks like “Love Scars” and “Poles 1469.” This is the second song X and Trippie have collaborated together on; the first being a remix of Trippie’s song “Owee,”“ titled “Uh Oh, Thots!.”

X tweeted that “Fuck Love” will be the only song off 17 that’ll be posted on SoundCloud. It was removed after X’s Soundcloud was hacked but later re-uploaded.

This song holds the record for most streams of any song on the SoundCloud platform with over 250 million plays.