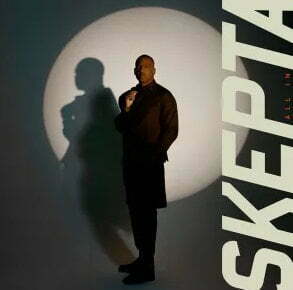 ALL IN comes as the sophomore EP from legendary Tottenham, North London MC Skepta. The project follows his fifth studio album Ignorance Is Bliss, released May 31st, 2019.

In March 2021 on social media, Skepta hinted at retirement following the release of his feature on JAE5’s debut single “Dimension”, which also featured Rema. On an Instagram Story, he announced that he doesn’t plan on releasing anything for 2021 and any new music you hear from him was done in 2020.