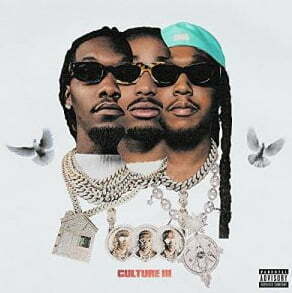 Migos comes through with their latest body of work titled “Culture III.” Culture III is the last project in Migos’ Culture trilogy and the group’s 4th studio album.

After first declaring Culture III in October 2018, the rappers made several comments, statements, and posts alluding to the album’s imminent release at various points in 2019 and early 2020. However, due to the outbreak of COVID-19 in March 2020, Culture III’s rollout and release were indefinitely postponed. Migos teased a potential “quarantine mixtape,” but it ultimately never surfaced.