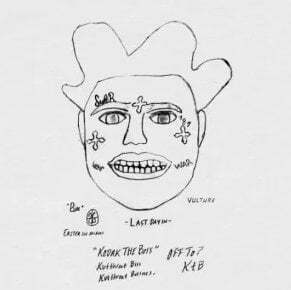 Last Day In by Kodak Black

Kodak Black comes through with a new track titled “Last Day In.” The song comes three days after Kodak was released from prison before the end of his 46-month sentence following Donald Trump’s pardon.

“Last Day In” echoes Kodak’s previous song “First Day Out,” which he released on June 15, 2017, after he served a 33-days sentence for violation of house arrest—both songs are produced by his friend Dyryk. Kodak establishes the connection between the two releases on the last words of the song’s sole verse.

Music: Roxy Rosa and Kodak Black – What About You