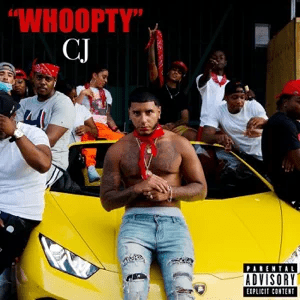 “Whoopty” is a song by American rapper CJ. The song was initially self-released on July 30, 2020, before being re-released by Warner Records and Cruz Control Entertainment.

The song reached number 21 on the US Billboard Hot 100 in January 2021, and has reached the UK top three and the Billboard Global 200 top 10. The song samples Arijit Singh’s “Sanam Re” (2015). The song contains a sample of the Indian song “Sanam Re” (2015) by Arijit Singh and Mithoon. It is reminiscent of Brooklyn drill and marks a departure from CJ’s melodic rapping.