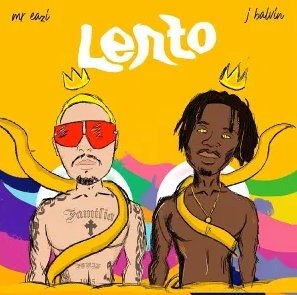 “Since we connected in 2018, J Balvin and I have been like brothers,” Mr Eazi said in a press release. “He’s been bringing me into his world of urbano and reggaeton, and I’ve been introducing him to mine. It’s been a cross-cultural interplay and marriage between what I feel are cousins. It’s in that spirit that we made ‘Lento,’ one of the many records we’ve recorded together.”