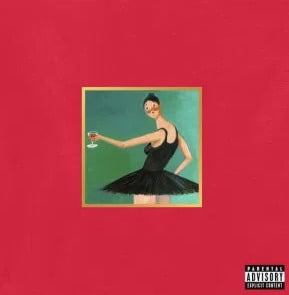 “Devil In A New Dress,” is a song by American rapper, Kanye West featuring Rick Ross. It’s perhaps an ode to Amber Rose, Kanye’s (now ex-) girlfriend and muse, whose figure could have only been forged in the Depths of Hell by The Evil One (in a good way…)

“Devil in a New Dress” was initially released as a solo version on September 3, 2010, and was the fourth release in Kanye’s weekly GOOD Friday series. The title, of course, is a pun on the famous Mitch Ryder and the Detroit Wheels song “Devil with a Blue Dress On,” as well as being a reference to the 1990 Walter Mosley book Devil in a Blue Dress, which was adapted into a 1995 film starring Denzel Washington and Don Cheadle.