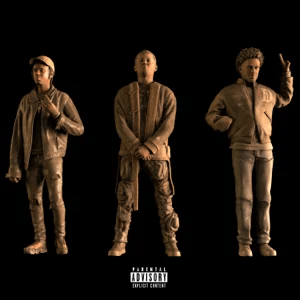 Hit-Boy, Big Sean, and Fivio Foreign come through with a new song titled “Salute.” The song was produced by Corbett & Hit-Boy.

“I make a lot of beats, so I’ve always got something lying around that I can catch some inspiration from. I do think about the song structure, a lot of times, before I’m even in the studio. Even if it’s not a full song, I might have a couple lines in my phone that’ll spark something. I’ll get to the studio, and I might make a beat and be like, “This shit feel good.” Then, I might go to my notes, and one line might stick to that beat and then, I’ll build off that. It comes in different ways,” Hit-Boy said in an interview with REVOLT with regards to producing his own songs as an emcee.