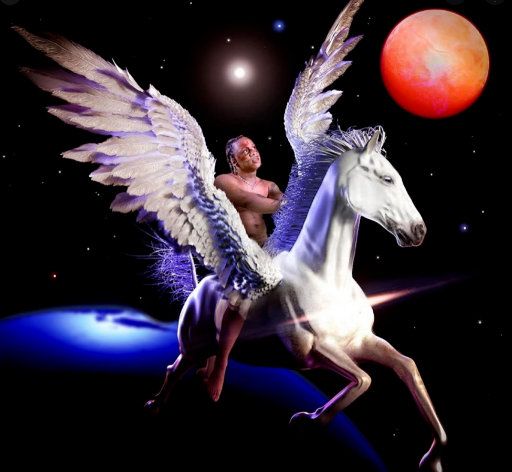 Trippie Redd comes through with a new project titled “Pegasus.” Pegasus is Ohio rapper Trippie Redd’s third studio album and his second project of 2020, following the February 21st release of the deluxe edition of his November 2019 release, A Love Letter To You 4.

Pegasus
The album
One day🙄…

He later detailed the album in-depth on April 2 in an interview with Lyrical Lemonade, saying

The direction on the album is supposed to feel mystical. Like dreamy, nostalgic, outer space. Everything is gonna feel like some off-the-wall fairy tale type shit. For example, I got songs on there called “Pink Pixie Dust”, a self-titled song “Pegasus”, a song named “Fairy Tales”, a song named “The Milky Way.” It’s all going in that direction. “Love Scars 4” will be on this album too.ALBUM: Trippie Redd – Pegasus.