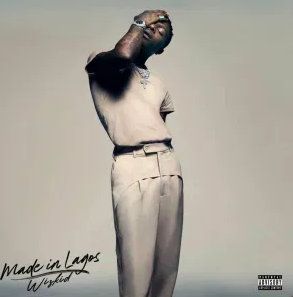 The Made in Lagos album is Wizkid’s attempt at regaining hold of the home scene after his foray into international waters with the Sounds From The Other Side album released last year. Released and distributed under RCA Records/Sony Music International, SFTOS sold 6,286 units in its first week.

The album features a total of 14 tracks with tracks like Smile and No Stress and more.