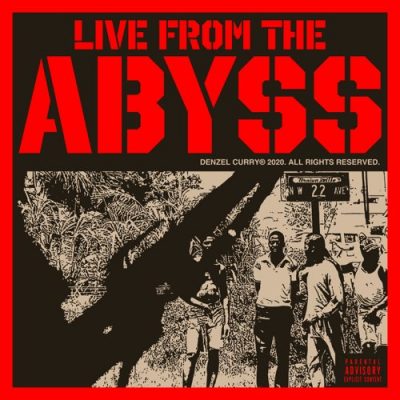 Denzel Curry – Live From The Abyss

Denzel Curry comes through with a new track titled “Live From The Abyss.” The short track addresses social discrimination and police brutality, two historical social issues that notably led to the historical George Floyd Protests under Donald Trump’s mandate. The song’s release was also accompanied by a short statement from Denzel addressing the historic voter suppression in Miami.

“Live From the Abyss” comes four months after Curry joined Terrace Martin to denounce systemic injustice on “Pig Feet,” and resonates with his August 2020 statement to Variety:

We have a platform, and I think every artist should use their platform to speak out.

Denzel Curry first teased the protest song on September 4, 2020, with an Instagram post revealing the last thirty seconds. The full track was released one month later as a Bandcamp exclusive for a week before being released on all streaming services. All proceeds generated by the song’s streams on Bandcamp will be donated to the protest group Dream Defenders.