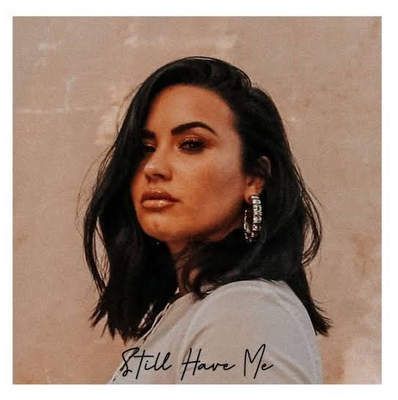 Demi Lovato – Still Have Me

Demi Lovato comes through with a new tune titled “Still Have Me.” “Still Have Me” was written and recorded about her recovery after her overdose. Part of the song was leaked online but fans had no idea when the full song would ever be released.

On September 24, 2020, Demi Lovato and Max Ehrich ended their relationship just 2 months after getting engaged. Numerous reports stated that the couple had had conflicts in the past weeks over Ehrich moving to Atlanta to film his upcoming movie, “Southern Gospel,” and that Lovato moved to Atlanta to be close to him but Ehrich felt like he needed space. In addition, Lovato reportedly felt like she didn’t know his true intentions in proposing to her just 4 months into their relationship. Weeks before, many fans also discovered tweets, comments, and dms that led them to believe that Max was using Demi for fame.