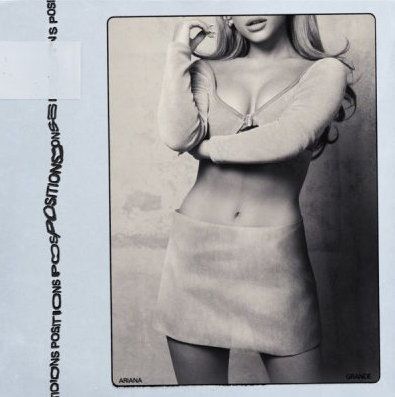 Ariana Grande comes through with her most talked about project of the year titled “Positions.” On the album, Ariana explores themes of love, sex, trust, and falling in love. Ariana takes listeners on the journey of hesitantly falling in love after previously being hurt by it, while expressing her sexual needs and desires with graphic images and metaphors.

Unlike Ariana Grande’s last album, the contemplative and mournful thank u, next, which was released shortly after, and partly in response to, the tragic death of her ex Mac Miller, positions is lighthearted and playful—a flirty wave from the other side. Her joy is deserved. During a grueling stretch that would have broken most musicians (a deadly terrorist attack at her own concert, Miller’s overdose, and her public breakup with then-fiancé Pete Davidson), Grande delivered two of the best albums—and one of the highest-grossing tours—of 2018 and 2019.