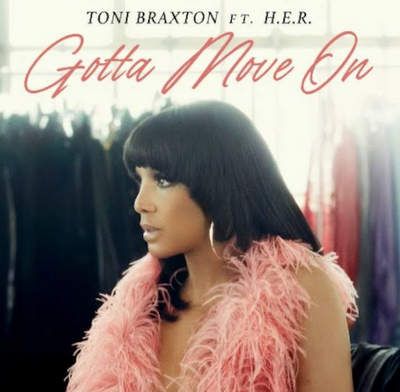 Toni Braxton comes through with a new song titled “Gotta Move On,” featuring H.E.R. Also, the song was Produced by Soundz.

Braxton has marketed over 67 million records worldwide, including 41 million albums. She is one of the best-selling female R&B artists in history. Braxton has won seven Grammy Awards, nine Billboard Music Awards, seven American Music Awards, and numerous other accolades. In 2011, Braxton was inducted into the Georgia Music Hall of Fame.

Braxton began performing with her sisters in a music group known as The Braxtons In the late 1980s; the group was signed to Arista Records. After attracting the attention of producers Antonio “L.A.” Reid and Kenneth “Babyface” Edmonds and being signed to LaFace Records, Braxton released her self-titled debut studio album in 1993.