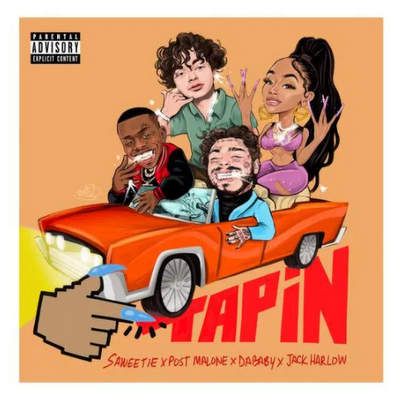 Saweetie comes through with a new song titled “Tap In (Remix),” featuring DaBaby, Post Malone, and Jack Harlow. The remix of Saweetie’s June 2020 single “Tap In.” was announced on August 18, 2020, through an Instagram post. It features DaBaby and Jack Harlow, but there’s still one hidden feature that has not been revealed yet.

For DaBaby and Jack Harlow, this marks their second collaboration. In June 2020, Baby featured on the remix of Harlow’s January 2020 single, “WHATS POPPIN.”

Saweetie is an American rapper. After the release of her debut single, “Icy Grl”, she was signed to Warner Records and her manager Max Gousse’s record label Artistry Worldwide. She released her debut extended play, High Maintenance, on March 16, 2018. Her second EP Icy was released in March 2019, and spawned the hit single “My Type.” Her debut album, Pretty Bitch Music is expected to be released in 2020 and was preceded by the single “Tap In”.