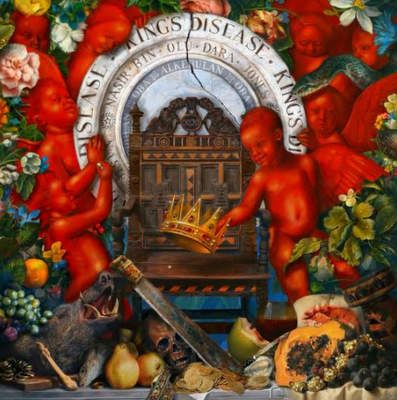 Nas comes through with a new song titled “Ultra Black,” featuring Hit-Boy. Announced via Nas’ Instagram post, Nas’ 13th studio album is released on August 21, 2020, with Hit-Boy’s production. In the promotional video, Nas commented that he has been trying to collaborate with Hit-Boy for years and finally timing made it possible and that Nas’ lyrics are timeless for public consumption.

On “ULTRA BLACK,” Nas teams up with record producer Hit-Boy. The single was released on August 14, 2020, and serves as the lead single to Nas’ thirteenth studio album King’s Disease.

Nas revealed the single title and its placement on the album on August 13, 2020 through an Instagram post.