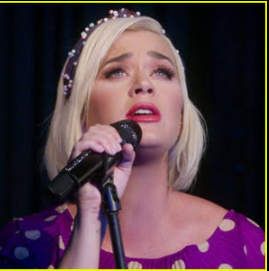 Katy Perry – What Makes A Woman

Katy Perry releases a new single titled “What Makes A Woman.” Before this track, Perry also released the non-album single “Never Worn White,” a song that talks about her concern around marriage and a video where she announced that she was awaiting her first child with fiancé Orlando Bloom.

The new track “What Makes A Woman”, as you may have guessed, is a celebration of womanhood. In a live performance video directed by Tim Sekiguchi, a pregnant Katy Perry delivers a stripped-down, emotional version of the track.

“I wrote the title track from the album when I was coming through one of the darkest periods of my life and had lost my smile,” Perry wrote on Instagram. “This whole album is my journey toward the light — with stories of resilience, hope, and love.”

Perry rose to fame in 2008 with her second album, One of the Boys, a pop-rock record containing the controversial U.S number one song “I Kissed a Girl” and “Hot n Cold”. All subsequent albums have topped the U.S. Billboard 200. The disco-influenced Teenage Dream (2010) spawned five chart-topping U.S. Billboard Hot 100 singles–”California Gurls”, “Teenage Dream”, “Firework”, “E.T.”, and “Last Friday Night (T.G.I.F.)” — a record-tying her with Michael Jackson’s Bad.