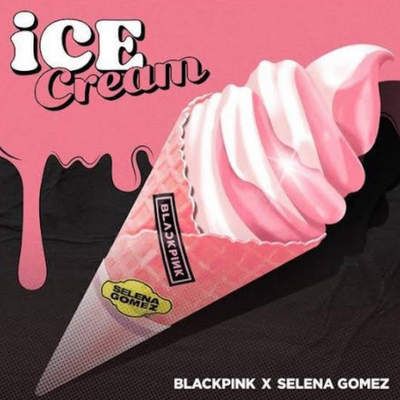 BLACKPINK and Selena Gomez link up on a brand new song titled “Ice Cream.” “Ice Cream” is the 2nd single by BLACKPINK off their première studio album, BLACKPINK THE ALBUM, and scores their first collaboration with American singer Selena Gomez.

This dance-pop track matches the sweet charms of the five singers to ice cream, telling everyone that even it might be cold on the outside, but are feisty on the when you taste it. The dessert-themed video finds Selena dressed in a sailor suit as an Ice-Cream truck’s employee, with the K-Pop stars in stylish and colorful outfits, showcasing their choreographed moves.

Reports of a collaboration between the two circulated for a while on various websites. On August 12, the collaboration was confirmed by Selena and BLACKPINK. On August 21, the song title is revealed by both artists.