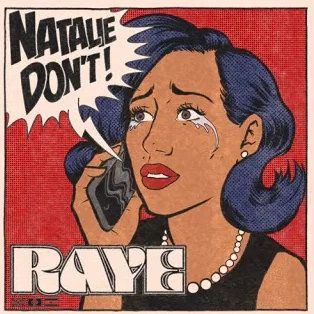 RAYE comes throgh with a new song titled “Natalie Don’t“. “Natalie Don’t” is a 2020 single by RAYE. It features RAYE pleading with another woman (“Natalie”) to not seduce her lover. Before the song’s release, RAYE described the song as the “favourite Raye songs [she’s] ever released.”

RAYE is well recognised for featuring on the 2016 singles; “By Your Side” (Jonas Blue) and “You Don’t Know Me” (Jax Jones) as well as being co-lead artist on the 2020 single, “Secrets” (Regard). All songs achieved commercial success in Europe, specifically in the United Kingdom where the latter two songs peaked inside the top ten on the UK Singles Chart. Raye was short-listed for the BBC Music Sound of… award for 2017 and was named in third place. Her collaborative singles, “Decline” with Mr Eazi, and “Cigarette” with Mabel and Stefflon Don, were released preceding her third EP Side Tape, which was released on 4 May 2018.