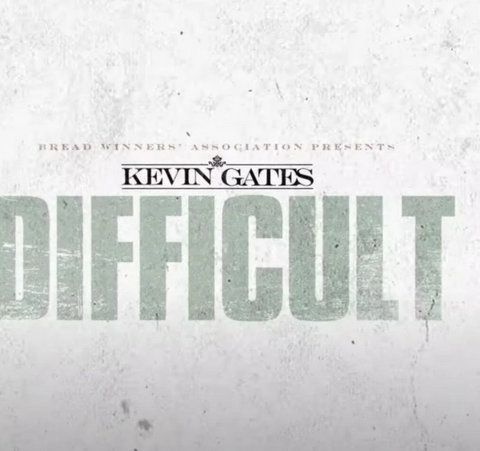 Kevin Gates comes through with anew song titled “Difficult.” The song was produced by June The Genius.

Kevin Gates is currently signed to Bread Winners’ Association with a partnership with Atlantic Records.

His debut studio album, Islah, released in January 2016 and peaked at number two on the US Billboard 200 chart. Prior to Islah, Gates also released a number of mixtapes including Stranger Than Fiction, By Any Means, and Luca Brasi 2, all of which peaked in the top 40 on the Billboard 200 chart.