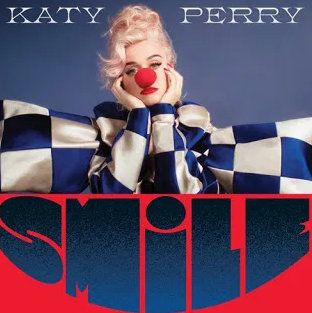 Katy Perry comes through with a new song titled “Smile.”

Back in late February 2020, rumours of Perry releasing two new songs were circulating around the internet. This was later then backed up by the fact that one of the reported songs with the initials “NWW” was released on March 5, 2020, as “Never Worn White.”

In early May 2020, the song’s original demo featuring American rapper Diddy leaked online. A few months later in July 2020, the song was registered under Perry’s name on both ASCAP and BMI as “Smile (I’m Grateful),” with both registrations including Diddy’s feature on the track.

During a Facebook Q&A session she held on April 12, 2020, Perry revealed that she had “multiple, big deliveries coming this summer” and also alluded to the song when she talked about hoping the COVID-19 pandemic will end “and [we can all] smile again soon.”