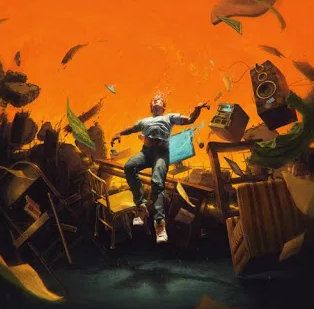 Logic comes through with a new project titled “No Pressure.” No Pressure is the sixth studio album by Maryland rapper Logic, and serves as a sequel to his 2014 debut, Under Pressure. In a similar fashion to how his 2018 project YSIV was teased, Logic released a “No Pressure Freestyle” in August 2019 that served as the first mention of this album and included lines found in songs on the project.

Much like Under Pressure and the album that followed in 2015, The Incredible True Story, No Pressure features the ‘AI assistant’ Thalia in a narrative role similar to that of Under Pressure.

Logic returned from a social media hiatus to announce that No Pressure would be released in just over a week and serve as his final project.