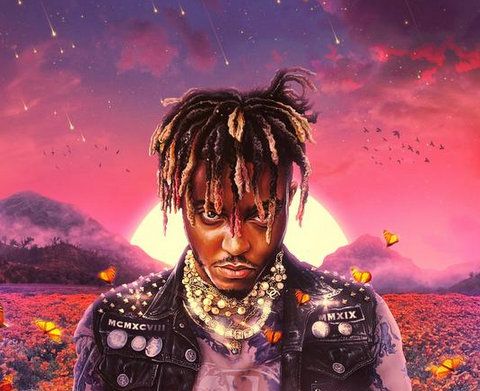 The first promotional single for the album was titled “Righteous“ and released in late April 2020. The following month, the label followed with the release of “Tell Me U Luv Me,“ another single with frequent collaborator Trippie Redd.

Multiple demos of the album surfaced on the internet in early 2020 and consisted of up to 30 of his tracks, such as “Righteous,“ “Bad Boy,“ and “Tell Me U Luv Me.“ However, none of these tracks were officially confirmed to be on the album.

In the first few weeks of June, Juice’s label teased snippets for multiple tracks such as “Cake,“ “Molly & Mike,“ and “Don’t Understand,“ hinting at their possible releases within the album. However, the only confirmed track was the highly anticipated “Blood on My Jeans“, which was confirmed by Juice’s label manager Lil Bibby when he responded to a fan on Instagram.

Juice WRLD & Trippie Redd – Tell Me U Luv Me