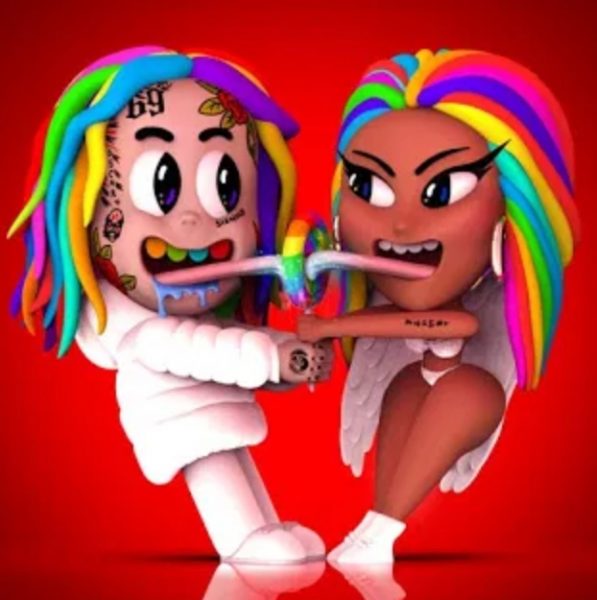 TROLLZ is the second single from rapper 6ix9ine since he was released from prison early because of fears about the risk the COVID-19 pandemic could pose on his health. It also marks his third collaboration with female emcee and rap veteran Nicki Minaj.

6ix9ine first mentioned the track on Instagram on May 23rd 2020, when he claimed the most liked comment would be the name of the song. This turned out to be his own suggestion of the decided name “TROLLZ.”

In support of the black community and the protests that broke out due to the killing of George Floyd – on May 25th, the release date was pushed back to June 12th. 6ix9ine stated this was “out of respect for what we are going through right now.”

Finally, on June 10th, after many rumours and much anticipation building (including 6ix9ine telling fans they could visit his house if they guessed the feature right) – Nicki Minaj provided long-awaited confirmation that she was the featured artist by posting two pictures of herself and 6ix9ine to her Instagram.