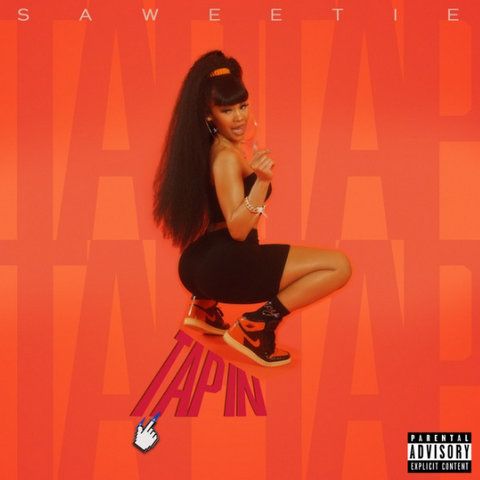 Saweetie comes through with a new single titled “Tap In.” The song was also produced by Dr. Luke.

It was around that time, too, that Harper started dating Atlanta native and Migos‘ member Quavo. She would later be featured on the rapper’s 2018 solo album Quavo Huncho.

In teasing the record, which follows her 2019 EP Icy, she said that she has another new song on the way entitled “Saweetie’s Workout Plan,” and she also has a feature on the album that’s very special to her. “Someone who’s still relevant today, but hasn’t recorded in a long time,” she teased, prompting Lowe to guess D’Angelo. “No, I would love that though because he got that voice, but it’s not him,” she replied.

Listen and coment below.