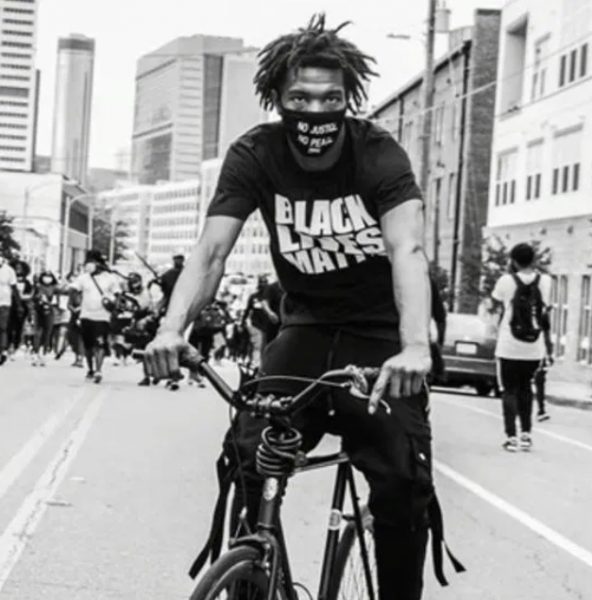 The Bigger Picture is a protest song from Lil Baby, featuring the rapper commenting on police brutality and systematic racism in America in the wake of the murder of George Floyd.

The track comes just days after Baby went out and protested on the streets of Atlanta on June 8, 2020. At the protest, Baby was a leading force, leading the crowd on his bicycle (as depicted on the single’s cover art) as well as handing out protestors supplies and money and speaking in front of the crowd when they reached the march’s destination of Georgia’s State Capitol Building.