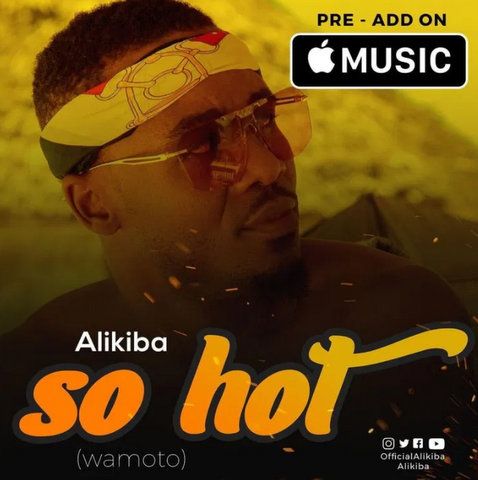 Alikiba releases a new song titled “So Hot.” Tanzanian singer, Alikiba has shared a brand new song after series of anticipation across social media platforms, the new song is his latest offering and it titled “So Hot” as produced by Kimambo Beats.

Ali Kiba released his album Cinderella which broke record as the best selling album in East African countries including Tanzania, Kenya and Uganda. He is best known for his hit songs Mwana, “Aje” , “Chekecha Cheketua” “Cinderella”, “Nakshi Mrembo”, “Usiniseme,” “Dushelele”, “Single Boy with Lady Jaydee”, “Mapenzi”, “Yana Run Dunia”, and “Macmuga”, and for his collaboration with R. Kelly and other African musicians on the One8 project.