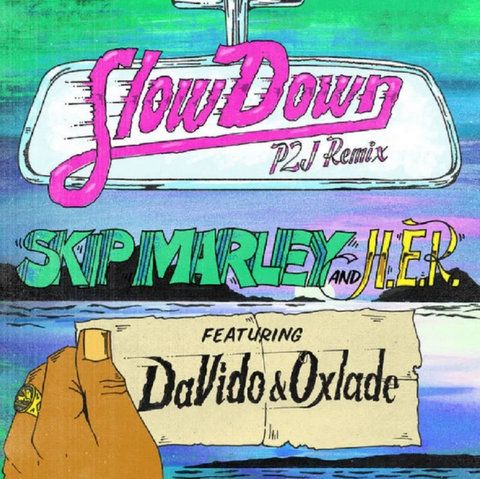 Skip Marley is a Jamaican singer & songwriter grandson of Bob Marley, son to Bob’s daughter Cedella Marley. He released the hit song ‘Slow Down‘ with H.E.R earlier this Year. The song has been gaining momentum on the charts and the music video has gained over 12 million views on YouTube also the audio gained millions of streams across all digital platforms.

Last month SkipMarley released a Remix Version featuring American rapper, WALE. Not stopping there he blessed Africans with this new Afrobeat, Afro-Pop Remix with the help of Davido and Oxlade.

This song is a masterpiece, Calm, Chill and at the same time popping. It’s a perfect blend of all Afro sounds produced by P2J a Nigerian, London-based producer who has been making afro-pop, afro-house, afro-rap, and afro-jazz since the beginning of his career.