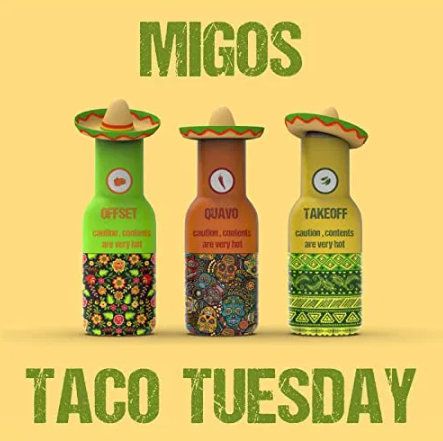 The song kicks off with LeBron James’ “Taco Tuesday” catchphrase before Quavo, Offset, and Takeoff jumped in with their signature rap sauce all over the DJ Durel production, which is bound to become the social media soundtrack to #TacoTuesdays.

Quavo posted a snippet of the new track on Instagram last week in a video where he and girlfriend Saweetie were in the kitchen, cooking up some tacos.

The preview arrived pretty soon after the song leaked online.
Also “Taco Tuesday” will lead us into the “Quarantine Mixtape” that Quavo teased early last month after the COVID-19 crisis forced them to stop on Culture III.