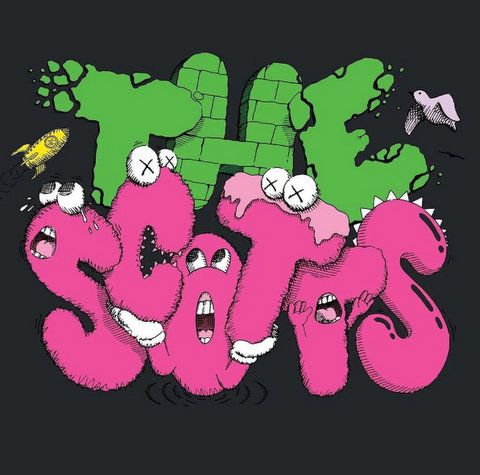 Travis Scott and Kid Cudi teams up on a new song titled “The Scotts.”

The track and its lyrical content feature Cudi and Travis dealing with many of the world’s troubles including law enforcement and their opponents. Both the song’s title and the group’s name are derived from Kid Cudi’s real name, Scott Mescudi, and Travis’ stage name.

The track’s instrumental is centered around a crisp twinkling synthesizer and features the heavy bass that is oft seen in both artist’s discographies.

A snippet of the track was premiered during Travis’ live concert event in Fortnite on April 23, 2020 and was released in full on streaming services later that night.

The song is the first release from Travis Scott in 2020 and his first since his label’s collaborative album, JACKBOYS, released in December 2019. Cudi very recently returned to the music, releasing his first single in three years, “Leader of the Delinquents,” earlier in April 2020.