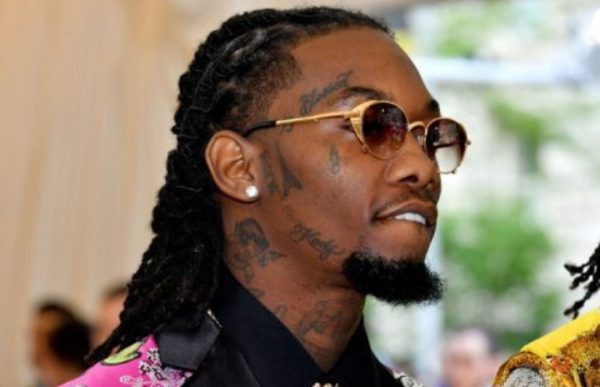 The American rapper, Offset disclosed that he has lost his great uncle, Jerry, to coronavirus.

In another post he wrote, “Pray for my family,” adding a picture of a stitched-on cross from a jacket. 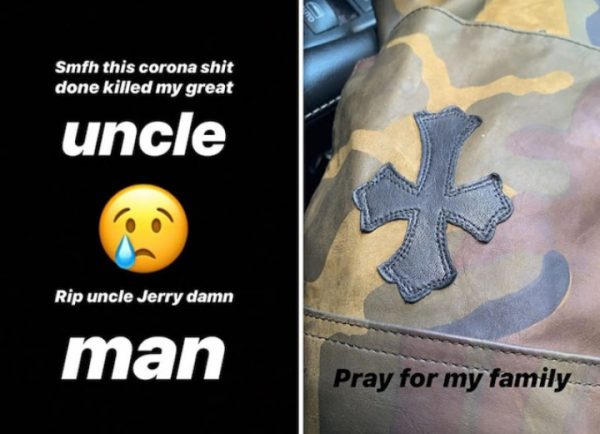 Though it’s still uncertain if the “uncle Jerry” is from his mom or dad’s side of the fam, or if he’s someone Offset was close with publicly, but its certain the loss shook him, as it’s incredibly close to home.

Takeoff and Quavo who are related to Offset and also Migos members has not said anything about the death, neither has Cardi B spoken.

It’s terrible, in light of the fact that both Cardi B and Offset have been vocal about coronavirus, the former we’ve obviously heard from loud and clear on the issue, but Offset himself has also been telling people to take precaution, with a few different social media posts about it.

In late March, Offset posted a photo of himself wearing a face mask with the caption, “STAY SAFE & STAY PRAYED UP.” 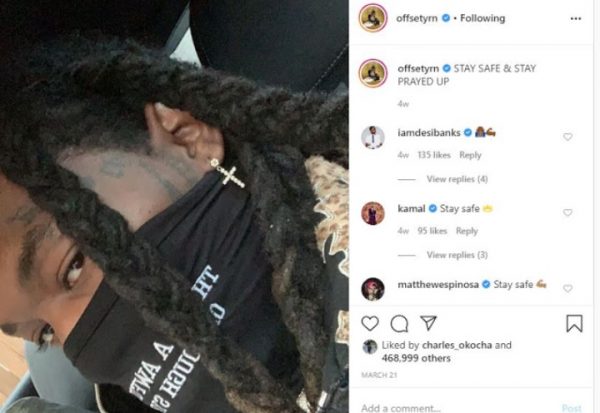 He’s also promoted a music video of his one of YRN crew members, with a middle finger emoji … saying screw coronavirus, “we still dropping.”

It is obvious that Offset himself paid attention to the rules given by the CDC, as he’s recently voiced frustration at wanting to go outside too.