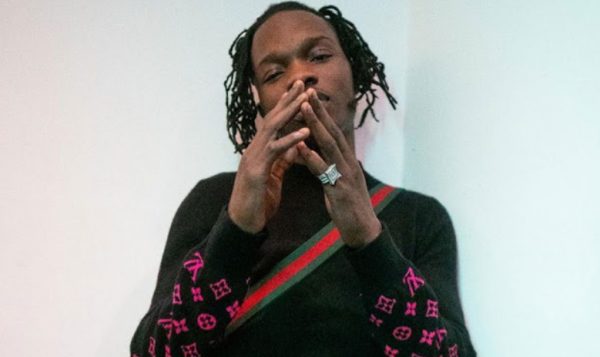 Azeez Fashola popularly known as Naira Marley has agreed to self-isolate at home for 14 days as he pens down an apology to the Lagos State Government for violating the lockdown order when he attended Funke Akindele’s house party.

Naira Marley was among the popular faces that attended the house party that was held at Akindele’s house on Saturday, April 4.

The rapper was arrested and charged to court for violating the social distancing order by the Lagos State Government in other to limit the spread of coronavirus.

On Wednesday, April 8, the 25-year-old rapper appeared before Magistrate Court of Lagos in Ogba where all the charges against him were dropped on the condition that he writes an apology letter addressed to the Lagos State Government and agree to self-isolate in his home for 14 days.

In his apology letter, Marley agreed to the conditions saying that; “ I agree to be in self-isolation in my house at the above address for a period of 14 days from today, Thursday, 9th April 2020 and that the Lagos State Ministry of Health should supervise my isolation.” 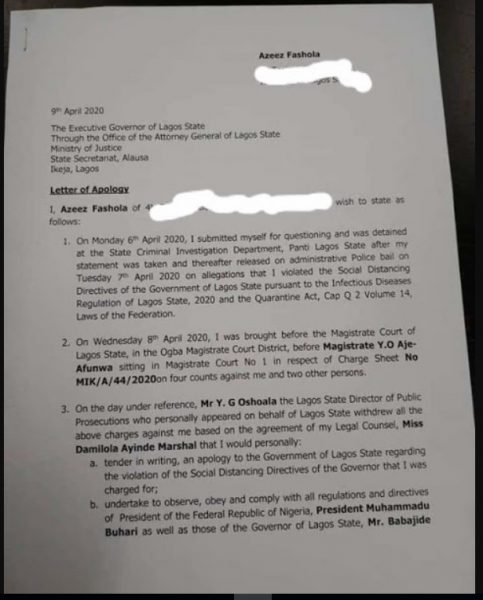 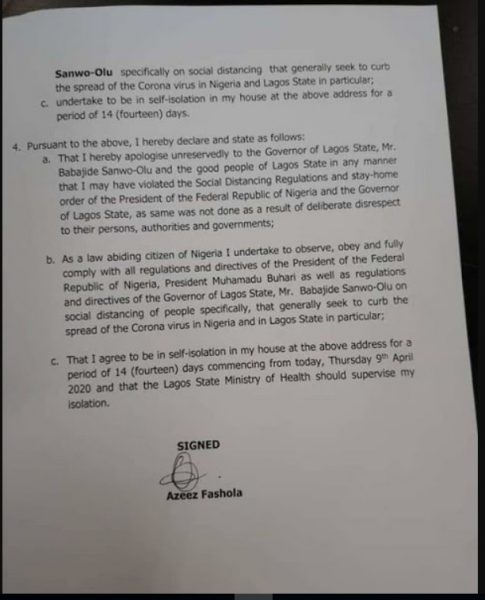 However,The story was different in the case of Funke Akindele and her husband JJC Skillz who were also arrested and charged to court, as they were the party host the couple was sentenced to 14 days of community service and fined N200, 000 each.

This site uses Akismet to reduce spam. Learn how your comment data is processed.