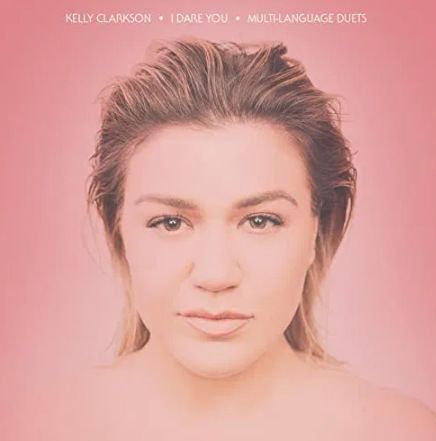 Kelly Clarkson – I Dare You

Kelly Clarkson comes through with a ewns ong titled “I Dare You.”

“I Dare You” marks Kelly Clarkson’s first solo single since October 2017’s “Heat,” and the first single off of her ninth studio album. The song was confirmed nearly two months before its official release on The Kelly Clarkson Show in February 2020.

The song released alongside five other versions of the track, sung entirely in French, Arabic, Spanish, German, and Hebrew, respectively.

According to Kelly Clarkson via Today with Hoda Kotb: I’ve had it for over a year, Hoda, like we’ve been working on this project for over a year because there’s multiple languages. So I grew up singing opera night—I grew up singing different languages, like German, French, Italian, Spanish… that kind of stuff, and Latin, but I always had the idea to do this with a project in my career, and I never really had a song that I felt fit with it, nor did I have the team that would really back it—the idea. And so it was really cool, the message was perfect. I thought it was kind of globally-connecting, and I wanted to do that musically. And then [COVID-19] happened, and we became extremely connected globally. And so we just kept with the release date because we were gonna shelf it for a minute, but it was planned to come out today, and I thought: maybe people need this kind of message right now. […] It’s basically, like I dare you to love instead of fear, instead of hate, instead of wonder[ing] about something and actually just engage with people—engage with yourself—again, and remember that we’re all a human race, even though we’re from all different parts of the world and we have different religions, politics, whatever, at the end of the day we’re all the same human race. And I thought ‘wow, how ironic that we’re releasing this single in this time when we really are all connected.’”