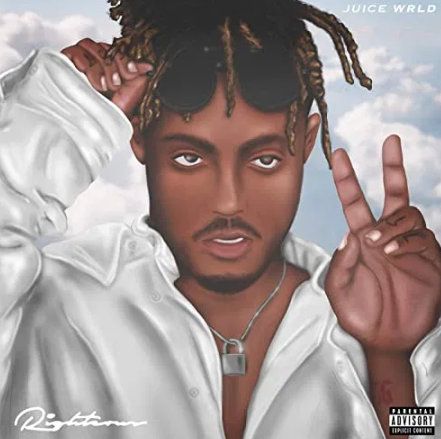 The new song “Righteous” is an emotional anthem for Juice WRLD fans. It features Juice WRLD’s usual topics of drugs and glamour with fashion, Juice sings about his anxiety and his corruption when it comes to addiction.

Righteous leaked online in late 2019, but was later released by Juice’s team at Grade A on April 24, 2020, four months after Juice unexpectedly passed away following a seizure at Chicago’s Midway Airport.

Even before the leak, Juice and his team had previewed the song several times on Instagram Live, with Juice teasing and titling the song in the summer of 2019.

The day before the release, Juice WRLD’s girlfriend posted on Twitter explaining what the song meant to her.