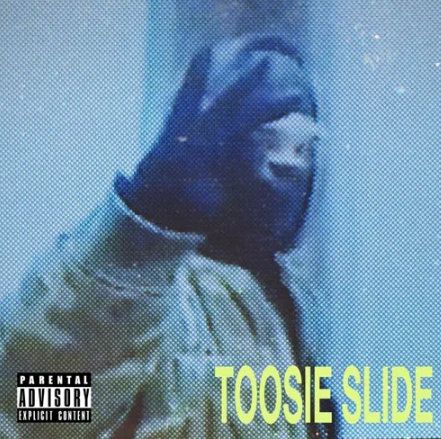 Drake comes through with a new song titled “Toosie Slide.” “Toosie Slide” marks Drake’s first foray into dance records as he raps the instructions to the aforementioned dance. Aside from that, Drake boasts about his dancing skills and compares them to the legendary Michael Jackson.

The song and it’s accompanying dance are named after Atlanta social media influencer Toosie, who on March 29—five days before the song’s release—posted a video of him doing the dance to the song as apart of his quarantine choreography.

The same day, popular dance duo Ayo & Teo posted a video of them doing the same dance to the song. Two days later on March 31, 2020, Drake commented on Teo’s Instagram post where he said he would release the song soon. A few hours later, Drake revealed the song’s release date along with its cover art via Instagram.