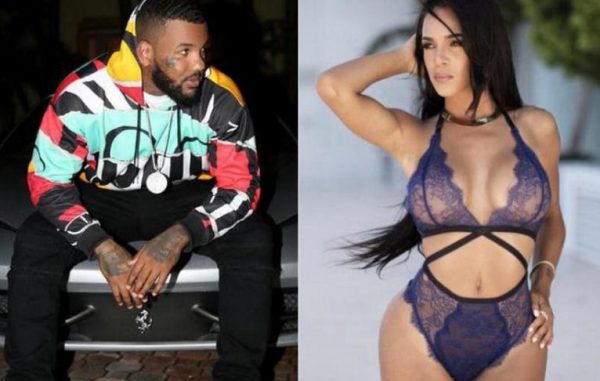 American rapper, The Game has been ordered to give up ownership of his own record label including royalties from his last album “Born 2 Rap” in a $7 million sexual assault case.

A former reality dating show contestant, Priscilla Rainey accused The Game of sexually assaulting her at a Chicago sports bar back in 2015 while taping his VH1 reality show “She’s Got Game.” She sued him for $10 million in 2015, but he ignored the trial and didn’t show up to court. Therefore, the court ordered The Game to pay $7.13 million in damages to Rainey.

Since then the rapper has been fighting for an appeal over his decision not to pay Rainey a cent.

Reports according to AllHipHop has it that Rainey was recently granted “any and all rights, title, and interest” in any money, property or future payments due to Game’s independent label LA Prolific, which he launched with his last album Born 2 Rap.

Rainey was also awarded the ownership of Born 2 Rap and royalties from the album, along with any salary Game may have been paying himself through LA Prolific.

“All third parties who receive notice of this Order are directed to pay any and all money or property due, or to become due, under this Order, directly to Plaintiff either: (1) by check payable to ‘Priscilla Rainey,’ and delivered to Plaintiff’s counsel” until the judgment is satisfied in full,” stated Judge Virginia A. Phillips.

According to the judge, if Game attempts to go against the ruling and collect the money, he could be charged with contempt of court.