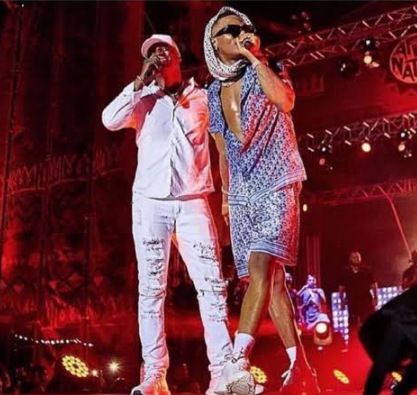 Akon and Wizkid teams up on a new song titled “Escape.” On this record, Akon talks about their love for a lady and how they would like to go far with her.

Akon rose to prominence in 2004 following the release of “Locked Up”, the first single from his debut album, Trouble.

He has since founded two successful record labels, Konvict Muzik and KonLive Distribution. The labels served as a stepping stone for many soon-to-be successful acts, such as Lady Gaga, T-Pain, R. City, Kardinall Offishall, and Red Café. His second album, Konvicted received three nominations for the Grammy Awards in two categories, Best Contemporary R&B Album for Konvicted album and Best Rap/Sung Collaboration for “Smack That” and “I Wanna Love You”.