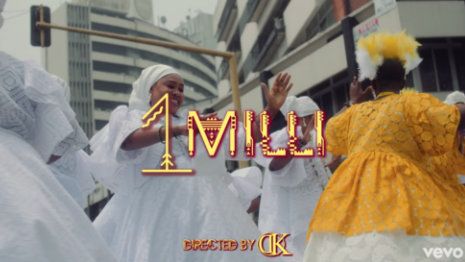 Last year Davido released his studio album making it the first album of his career. The album is called “A Good Time” and the singer made a sensible amount of features on couple of songs making it even more appealing.

One of the songs from the project is “1 Milli,” which has now been given a musical video treat. Just like “Sweet In The Middle,” the continues to share visuals from the chart topping album and we expect to see more.

The music video sees David confessing his great love to Chioma, the lady he can’t lose to any other guy. He throws a carnival as he brings his new bride out to the world.

The track was taken from his second studio album ‘A Good Time‘. As Produced by Seyi Keyz & co written by Adekunle Gold, the song talks about going the extra mile just to marry the one you truly love even if it cost A Million Dollar.