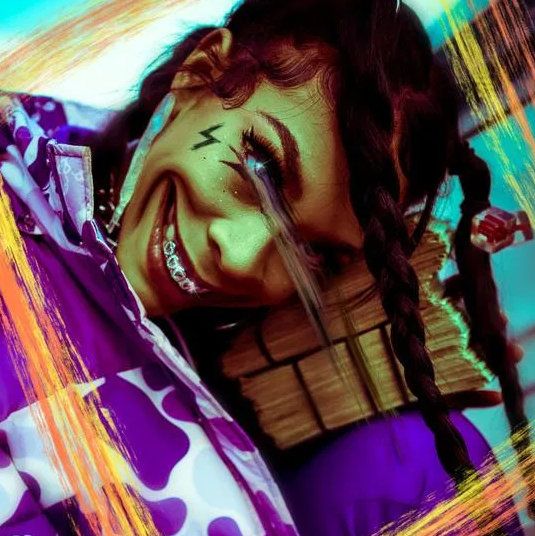 Rico Nasty comes through with a new song titled “Lightning.” The song was Produced by KC Supreme & Nick Mira off his projec NIGHTMARE VACATION.

The new song comes with a video directed by Robert Henry, Nate P, and Anthony Brown, which features Rico sporting polychromatic headphones and swaggering in a Tesla.

In “Lightning,” Rico appears clad in all purple BAPE camouflage alongside a clean white Tesla Model X showcasing her lyrical dexterity. Flexes like, “I just spent two racks to get my hair did/ I ain’t in a group, so I ain’t about to share sh*t/ When I was growing up you know I was the weird kid/ But now I’m a Tesla driver, so I ain’t gotta steer it,” showcase just how much she’s in her own lane. The beat was produced by duo KC Supreme and Internet Money’s Nick Mira.