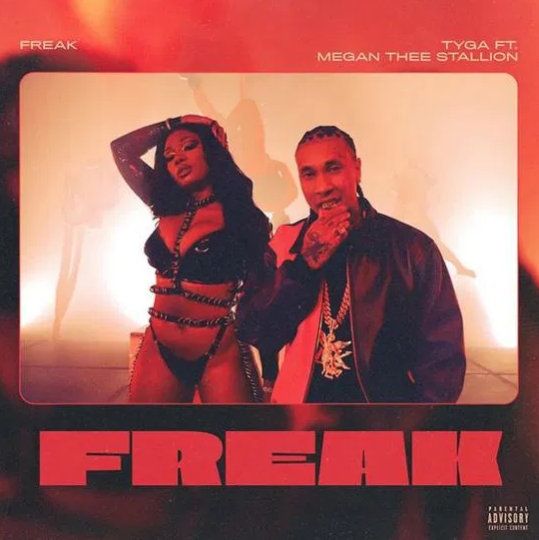 “FREAK” is the second single released since “Ayy Macarena” on November 13, 2019. The american rapper Tyga recruit the Hot Girl Megan Thee Stallion in their sampled 2005 hit “My Humps” of “The Black Eyed Peas”.

The two rappers deliver a nasty lyrical verses in this track with the support of production of “Pliznaya” & “Mustard”. Such is indeed the case on their first-ever collaboration, the aptly titled “Freak.” Right off the bat it becomes clear what matter of debauchery is in store, with a sultry sample from Black Eyed Peas’ notorious “My Humps” steering the ship into paradise. You already know that the young smut king T-Raww is coming equipped with those raunchy bars and in that department he doesn’t disappoint. “Make her say please,” raps Tyga, over the track’s minimalist production. “Like a lolly, lick it till it’s clean.” Clearly, he’s not one of those people who chomp the final remnants of their lollipop.