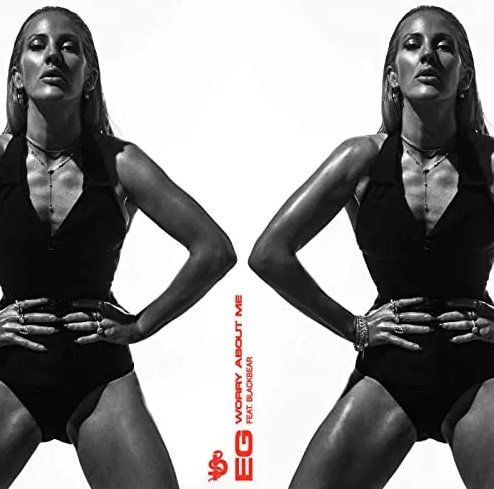 Ellie Goulding comes through with a new song titled “Worry About Me,” featuring blackbear. The song was Produced by ILYA.

Ellie breezes above a stirring beat: “Lately I don’t think, I don’t think about you, feelin’ so free / Been jumpin’ through hoops to get under you, but now I’m cool / Baby, you don’t gotta, you don’t gotta worry, worry ’bout me.”

“’Worry About Me’ is a song I wrote reminiscing about a time a guy wanted me at his convenience, just as I was getting over him,” the songstress said of the tune. “It is intentionally tongue-in-cheek because I’m not at all bitter, I just found it humorous. It was refreshing to write, in the sunshine of LA, because at the time I was writing dark songs about my state of mind in New York.”

“It’s a song with a passive yet descriptive message of independence charisma & attitude while a statue of smooth still stands tall – I love this side of Ellie Goulding over this tempo and darker hip-hop production,” blackbear added. “Ellie, to me, is the voice of the UK and is a special artist and human. There was not a hint of hesitation or lack of enthusiasm to get this done asap and shoot a crazy video where I have a twin brother (dark parent trap for adults if you will).”