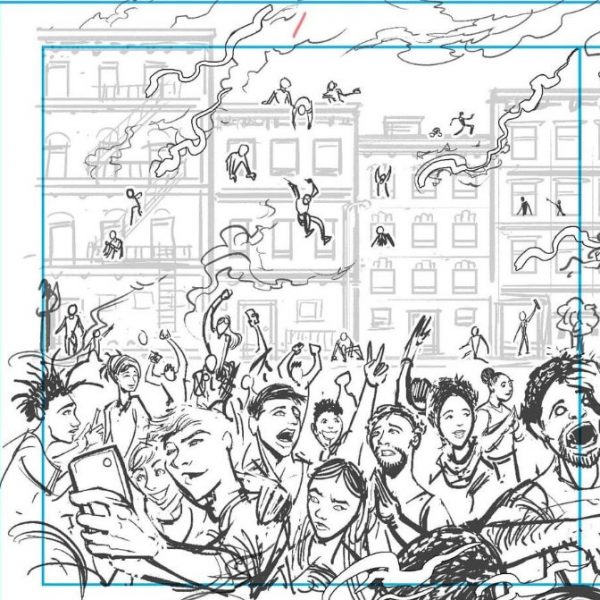 “Time” features Childish Gambino and Ariana Grande wrestling with a lack of direction and trying to find meaning in the world. It is the second collaboration between Gambino and Grande, the first being “Break Your Heart Right Back” from her 2014 album My Everything.

Childish Gambino just dropped a surprise album, donaldgloverpresents, forgoing streaming services in favor of a live stream on a dedicated website. The comic-turned-musician linked up with artists like SZA and 21 Savage—and his Ariana Grande-assisted “Time” taps into end-of-times paranoia.

Produced alongside Ludwig Göransson and DJ Dahi, the track centers on the impermanence of life, as Donald Glover sings on the chorus. The chorus originally appeared in the 2019 film Guava Island, starring Glover.