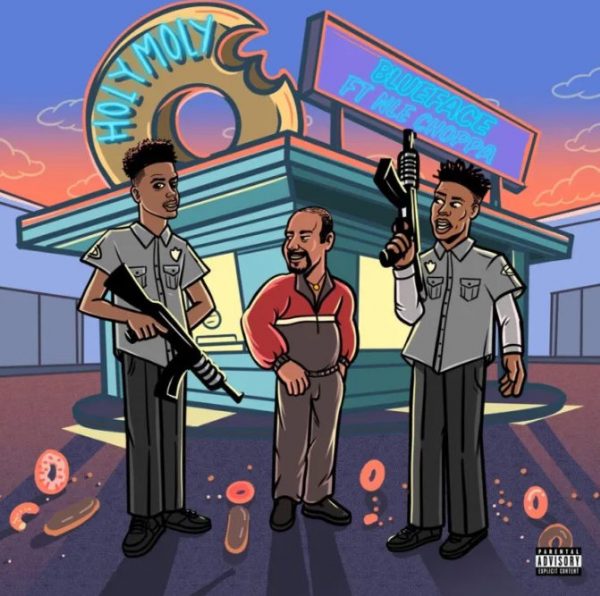 The song title is somehow linked to a segment entitled “Holy Moly Donuts” from the early 2002 movie Friday After Next. This segment is referenced throughout the track and also sampled in the intro.

The song was through a Triller video first premiered through Blueface’s Instagram in September of 2019. Blueface announced the tracklist for his debut album Find the Beat one month later after the initial preview, which included NLE Choppa featuring on the track.

The snippet of the track then gained attraction through the popular TikTok app where users would upload videos of them dancing to the track.