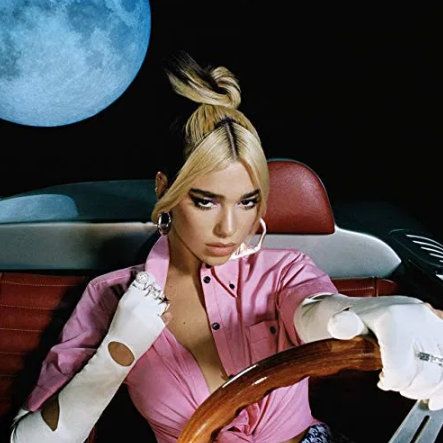 The project is the follow-up to her highly successful self-titled debut album.

Lipa described the record as “disco-orientated,” “nostalgic” and “[feeling] like a dancercise class.” She further detailed the inspiration for the album in a press release for its associated tour.

The disco-inspired lead single, “Don’t Start Now,” was released on October 31, 2019. The title track followed as a promotional single on December 13. “Physical” was released as the second single on January 30. “Break Your Heart” was released on March 25, days before the release of the album. Future Nostalgia received universal acclaim and a near-perfect score of 95 on Metacritic.