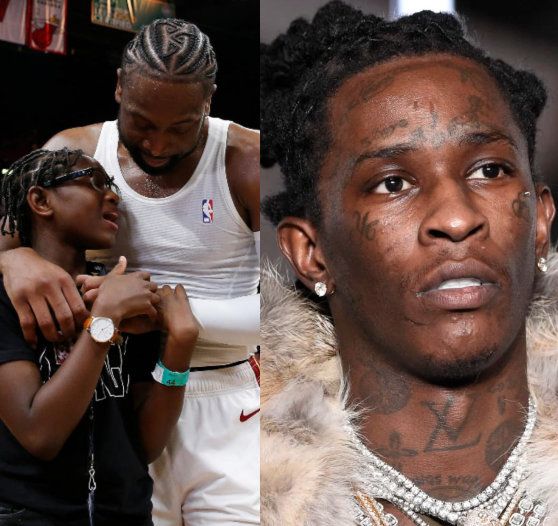 Young Thug has received massive backlash as he made a comment on twitter about Dwyane Wade’s 12-year-old child coming out as transgender.

He tweeted: “All I wanna say to dwade son is: ‘GOD DON’T MAKE MISTAKES’ but hey, live your true self.” 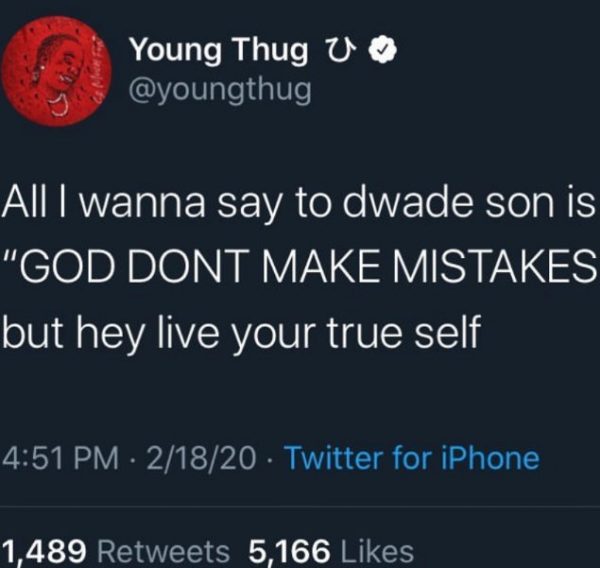 Alot of people reacted and commented on the tweet, accusing him of transphobia.

One Twitter user wrote: “Young Thug could have sat there and mind his business but he just couldn’t help himself. That’s how homophobic people are. They can’t even contain themselves to not post some stupid shit on the internet.”

Another said: “Comments like this is why we LGBTQ individuals struggle more and more even after we’re out. Please don’t do this. We have to struggle enough with acceptance.”

Following the backlash the rapper deleted the tweet and put up another tweet that reads: “You’re gods best Creation.”