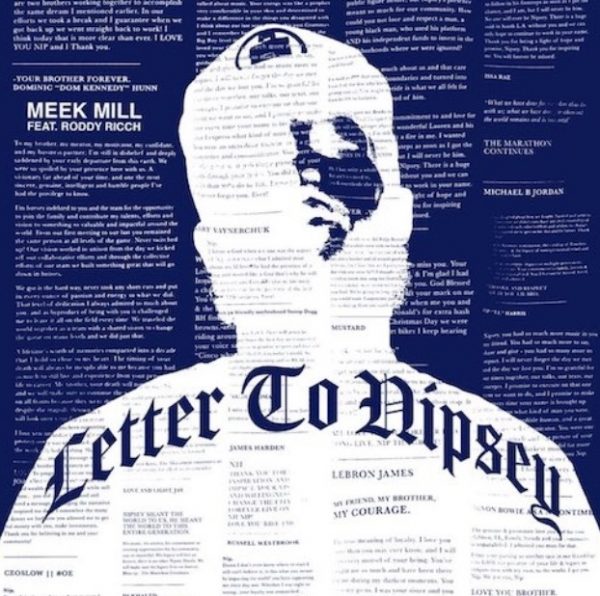 The new song “Letter to Nipsey,” arrives after a homage-filled GRAMMY ceremony that celebrated the life of the late rapper. Meek has shared that all proceeds from the song will go directly to the late rapper’s family.

Both YG and Meek Mill were planning joint projects with Nipsey before he was shot and killed on March 31 outside of his Marathon Clothing store in Los Angeles.

Earlier in the evening, Nipsey and Roddy’s collaboration with Hit-Boy, “Racks in the Middle,” picked up a Grammy for Best Rap Performance.