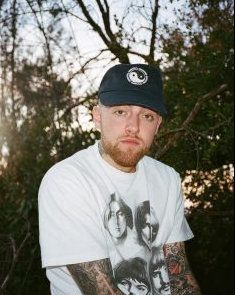 Newspaper is a new song by the late American rapper, Mac Miller.

Not too long ago Mac Miller’s family announced that they would be releasing a posthumous album next week tagged “Circles,” intended as a companion record to his last. A statement shared on the late rapper’s Instagram page says he was “well into” recording the new album when he died.

Before his death he released three studio albums: GO:OD AM (2015), The Divine Feminine (2016), and Swimming (2018). For Swimming, he was posthumously nominated for a Grammy Award for Best Rap Album. He also served as a record producer for various artists, including himself, under the pseudonym Larry Fisherman.

Miller struggled with substance abuse, which was often referenced in his lyrics.