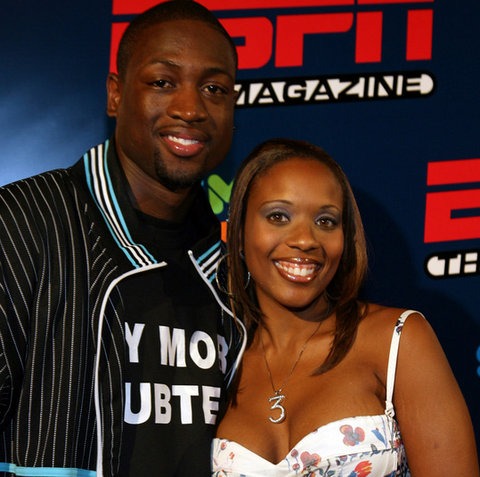 An Old video has resurfaced online which shows Dwyane Wade’s ex in an interview saying that Dwayne wade hit her when she was pregnant with their now 12-year old son. The the video didn’t get much attention when it first came online but it seems to be gain more attention now that it has resurfaced.

In the 2012 video, Dwyane’s ex-wife Siovaughn Wade was seen in an interview making explosive allegations against the NBA baller.

Siovaughn claims that she suffered “abuse” at the hands of her ex-husband. And that abuse occurred while she was carrying their son Zion. Zion is now 12 and identifies as a member of the LGBTQ community.

In the 2012 video, Siovaughn claims that Dwyane Wade “sold his soul” for money.

Siovaughn says in the video, “I saw him sell his soul. I saw him taking his character and exchanging it for yet another endorsement.”

She also claims that Dwyane Wade beat her, while she was pregnant with Zion.

I woke up in the middle of the night. I was sick – obviously because of the pregnancy. And I noticed that [Dwyane] wasn’t in the house. And so I was calling him because it was like 2:00 or 3:00 in the morning, and we went to bed together . . .

He finally got back several hours later. I was very upset . . . . [Dwyane] started cursing and calling me names. Telling me ‘Shut the F up’, ‘Women talk too much’ and ‘You should know your place’.

After that I immediately got up and went to the phone, and went to call the police. He snatched the phone out of my hand and slammed it into my body, so hard the phone broke into pieces.

Dwyane, who is now married to Gabrielle Union, has been a doting father to his sons with his ex-wife and his daughter with Gabrielle. He was recently in the news defending his 12-year-old son Zion against anti-gay comments from trolls who called him out for fixing his nails in a family photo taken during Thanksgiving.