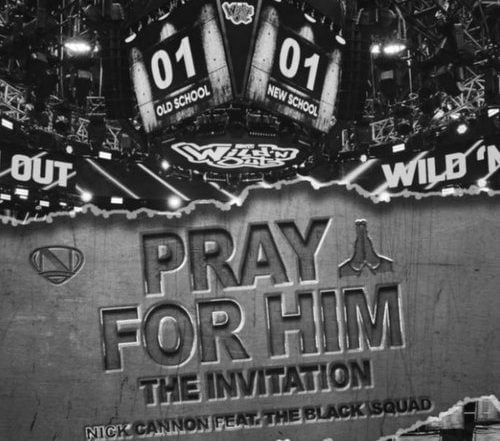 “The Invitation” is a new rap-beef track by American artist, Nick Cannon.

Nick Cannon and company released this track in response to Eminem’s verse on Fat Joe’s “Lord Above,” itself a response to statement Nick Cannon made in an interview where he stated he wanted to physically fight Eminem while Cannon was dating Mariah Carey.

The title, “The Invitation,” is an actual invitation – Cannon is inviting Eminem to appear on his MTV show, Wild’N Out. The art for the track has large print with the song’s title, written over a picture of the Wild’N Out set.