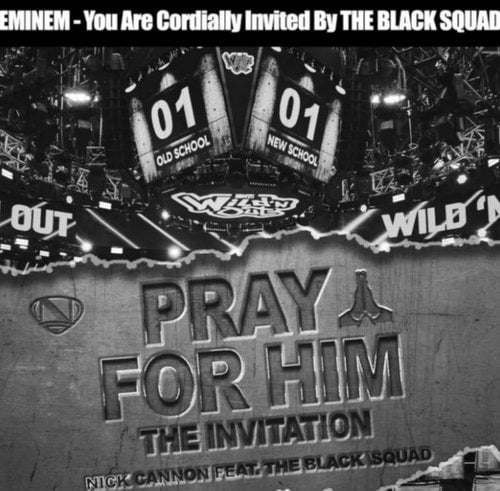 Nick Cannon links up with Black Squad for a new diss track aimed at Eminem, the new track is tagged “Pray For Him.”

On the diss track you will hear more accusations of Slim Shady being a drug addict and even a member of Cannon’s crew asking why Juice WRLD had to pass away instead of Eminem.

Even though the diss victim hasn’t responded with a track yet, fans of hip-hop music have already tipped Em’s to be epic as they started trend on Twitter with the hashtag #Ripnickcannon. A fresh diss called “Pray For Him” has been released again by Nick Cannon and this time it features Black Squad.